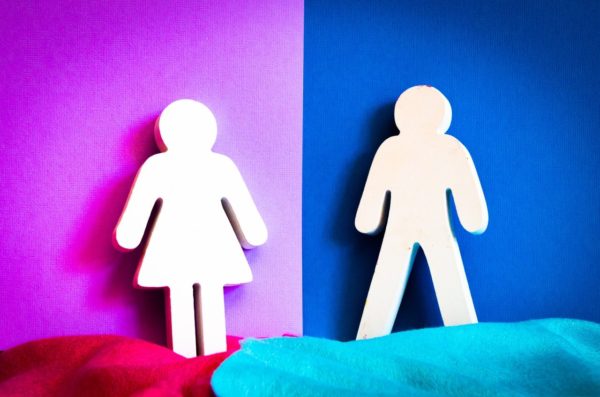 Many couples believe their arguments never get resolved because one partner seems to find the confrontation easy while the other wants to avoid it. “We just can’t communicate!” is a frequent statement we hear from couples in counseling.

This communication pattern is very common. It usually looks something like this: John and Sue are frequently getting into arguments that result in John storming off and giving Sue the cold shoulder. Sue just gets angrier with John when he does this and, despite how many times he says he doesn’t want to talk about it anymore, she continues to have her say and gets even louder and more intense.

Back in therapy, John says he just can’t handle it when Sue gets so intense and feels like he wants to get away from her. Even so, as they describe the route their arguments normally take, it’s clear that they really love each other and want to find a better way of resolving issues.

The pattern happens when one partner approaches the confrontation head-on while the other partner wants to move away from the conflict and calm things down. The first partner has a “hot style”—they want to engage immediately, to “put things on the table” and get it done. If things don’t get resolved immediately, they might feel anxious, distressed, or preoccupied. On the other hand, the partner with the “cold style” doesn’t do well with the intensity, or “heat” of the first person. They need time to cool off and think things through, so they might prefer to stop the argument and come back to it when they have had some time to reflect and feel calmer.

Having this difference is normal in relationships! Many couples learn to deal with it and accept their differences. But sometimes it’s hard for couples to recognize the other style as equally valid and tend to get caught up in trying to do things their way, which only creates more conflict.

In our marriage counseling sessions, we recognized that when Sue approaches John with intense emotion, John’s natural inclination is to move away and think about things first. On the other hand, Sue wants to resolve things quickly and gets frustrated when he leaves the discussion, thinking that he just wants to avoid talking about the subject. But the more Sue insists, the more John feels pressured and needs more space and time apart to think and reflect. In reality, both partners want to resolve the issue—they just approach it differently.

Putting the pattern in context

Once Sue and John recognized that these are just different conflict styles, they become curious about why they tended to choose them. Sue remembers that whenever she and her dad had an argument growing up, he would sit her down and say, “We love each other, so we’re not going to go away until we resolve this now”—and they would do just that. So, her learning was that when you love someone, you don’t walk away until things are resolved. John, on the other hand, grew up with a mom who was very vocal and at times quite moody. He remembered feeling overwhelmed by her and wanting to get away from her when things got heated. He would go to his room and wait until things calmed down—and so he adopted a style that cools around conflict.

As they discovered each other’s family contexts, John and Sue were able to feel more empathy and understanding for each other’s style. They realized that they’ve learned from their families how to handle conflict and anger, as well as how to handle closeness. Perhaps most important, they realized that until now, they’ve taken it for granted that this is how things should be done.

Different communication styles only really become a problem when partners don’t understand their differences and fail to accommodate one another. But partners can absolutely learn to relate more positively. Here are some tips: