Skip to content
Home/communication skills, conflict resolution, couple counseling, relationship issues/Is There a Right or Wrong Way to Fight with Your Partner?
Previous Next

Is There a Right or Wrong Way to Fight with Your Partner? 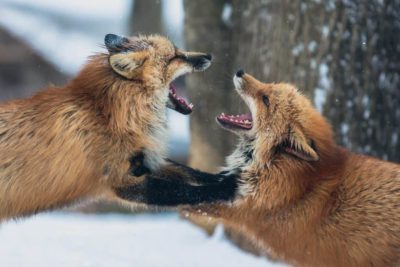 “Where should we begin?”

That is a question I often hear when I meet with a new couple. It is indeed a good question. Should they begin telling me about the “good ol’ days” when they were in love and absolutely sure that nothing would ever set them apart? Or, should they begin telling me the mess they are in now? How did it happen? How did they go from dreams and hopes to shouts and accusation? Of course, every story is different and each relationship has its own dance, and that is precisely where I usually like to start.

“Tell me how you fight” is a question I ask pretty soon in treatment. “Uh?” is the usual response. This makes sense since most couples don’t think about how they fight, but more about what they fight about. When things are going well, fights are few and they don’t want to think/talk about them. When things get ugly, both partners are too angry to really think about the how they got there. They are too busy trying to win the argument, defending from each other; things usually only go downhill from there. They aren’t every thinking about the right way to fight either!

Learning how the couple fights gives me (and the couple, if they are willing and able to pay attention) a lot of information about how they got into the predicament they are in, and how to, if they can, get out of it.

Some dangerous and unproductive behaviors…

Do partners engage in “mind reading” (telling the other what is it they are really thinking, regardless of what they say)? Are they able to take ownership of their own feelings and behaviors or blame each other for them? Can they slow things down and observe themselves as they fight or do things escalate aimlessly, jumping from one topic to the next? Can they separate their disagreement from themselves or “what you did” becomes “who you are” quickly? After they have fought, can they come back and repair the relationship or just sweep it under the rug together with a thousand previous fights?

Some of these behaviors are not only unproductive, but they are ultimately dangerous and damaging for the long-term relationship. Ownership and positive engagement is always more productive than avoidance and blaming.

The couples I work with often get surprised when I explain to them that there is nothing wrong with fighting. All couples fight, it is an inevitable part of being in a relationship. In fact, I often get suspicious when a new couple reports that they “never fight”! The problem is not that they fight, but—again—how they fight. A couple that knows how to fight is often able to navigate most of everyday relationship challenges, while a couple that does not how to fight (or does not fight fair) will turn every disagreement into an epic battle, from which both most likely will retrieve and isolate to heal their emotional wounds alone, eroding the bond that keeps them together.

Can we fix our relationship?

Of course, the answer is no. I cannot fix them and often it does not need to be “fixed”, however they will need to make significant changes in the way they communicate and how they fight. With that, I can help.

Can couples rebuild their relationship?

I’d love to answer yes to every case; however, things are not that simple. It will depend, among many things, on each partner’s inner resources, the amount of pain each carries, the problem(s) that brought them in, their commitment to the relationship, and their willingness to work with me and look inside for the roots of –their part– of the problems within themselves. I can help them navigate the crisis, I’ll give them resources, but ultimately the success of couples therapy and their relationship depends on them, but observing how they fight and learning how to do it better, is a great starting point.

Sergio is a bilingual (Spanish) and bicultural psychotherapist with more than 20 years of experience as a therapist, consultant, and coach specialized in diverse couples with mixed backgrounds (nationality, race, religion, age, culture, styles, points of view…) working with them to disentangle personal, existential, relational and family crises. He helps clients with communication issues, infidelity, lack of sexual desire, anger, mixed agendas, money quarrels and problems with children and in-laws; supporting them to get more out of life and their relationship. His work includes all dimensions: body, mind, spirit, heart, and culture, in the context of nature and community… Read More

Say ‘Hello’ to Love Made Simple.

Enter your information below to get 15% off the Foundations of Love Course or the Relationship Blueprint Mini Course and start today!