How Change Happens in Psychotherapy

How Change Happens in Psychotherapy 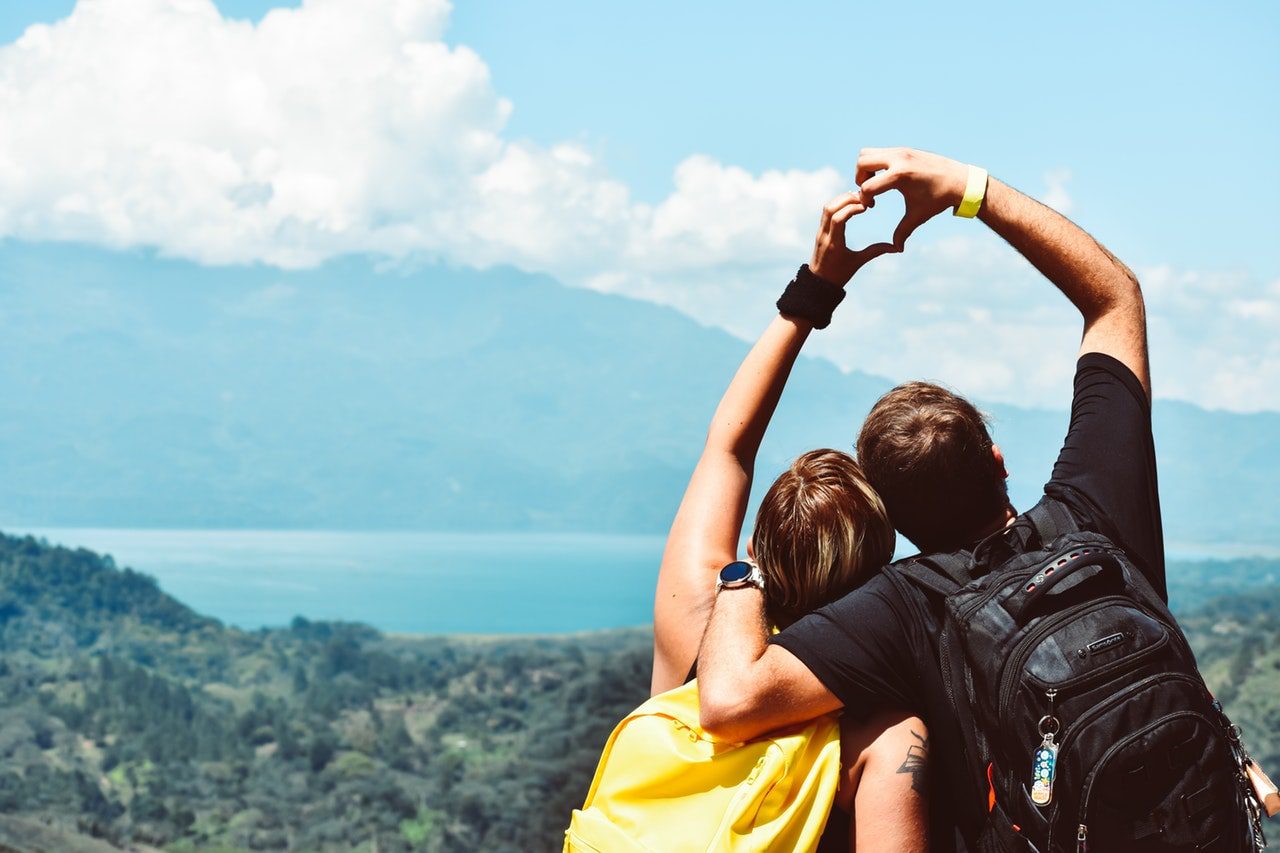 “How will therapy help us to change?”

This is one of the most common questions I get from couples. First, we need to understand what is it that we are trying to change. Our life is governed by emotional – cognitive – behavioral (also known as “feeling, thinking, doing) patterns. Usually these patterns are unconscious – we are unaware that we are acting out of those patterns. It is simply the only way we know to move through our world.

Psychotherapy and couples counseling assists people in recognizing these patterns that are influencing our life. Through careful observation of our thoughts and feelings, we can determine these patterns and identify whether they are working for us or not. Then we can learn how to have the flexibility to step out of these patterns if they are no longer serving us. The goal of therapy is to become more fully and authentically ourselves, freeing ourselves from unconscious patterns.

To demonstrate how we might identify patterns, imagine that you are going to a party this evening. There will be about thirty people at the party, and you only know one of them – the host. As you imagine this event, pay attention to how you are feeling.

As you are getting ready, do you feel excitement, anxiety or dread? Now imagine walking into the party. What do you do? Do you immediately begin speaking with others, or do you stand to the side to observe before you engage in conversation? Do you like to talk with a group of people or do you like to have a one-on-one conversation? Are your conversations shorter or more prolonged? How much would you reveal about yourself? Answering these questions will help you identify some of the patterns you have in social situations.

Now that you have imagined how you would feel and act in such a situation, see if you can identify, “Why is that?” What are the perceptions, beliefs or stories that you tell yourself? Pay specific attention to the limiting beliefs that cause you to be less free and spontaneous.

Below are three ways in which psychotherapy helps us step out of our old patterns and live more authentically within ourselves and within our relationships.

Insight is the ability to gain an accurate and deeply intuitive understanding of something. In psychotherapy, we strive to gain insight into our patterns and why we are stuck in them. In this way, we gain access to the operating manual of who we are and how we work. Once we know that, we can analyze those internal mechanisms and choose to use them or change them. If we don’t understand how we work, then it is very difficult to choose any other way of being.

I once worked with a woman named Sonya who came to me after she found out that her husband was having an affair. They were expecting their first child, and she felt very angry and betrayed. She found herself frequently lashing out at him, and although she felt justified in that anger, she also felt trapped by it.

We began exploring the pattern of her anger, carefully tracking what made her angry and when. Sonya shared that one evening she and her husband had a really good conversation and were feeling closer to each other. The next day, she felt uncontrollably angry and wrote him several antagonistic emails. She felt how she was destroying the new intimacy they had just created, and didn’t understand why.

In the next session, we explored moment by moment what she felt that evening as well as the next morning. Sonya realized that when she felt closer to her husband, she also felt very vulnerable. It brought up her belief that if she gets close to him, she’ll get hurt again. While this belief was very relevant for their recent history, she also recognized that it was a familiar theme throughout her life. When Sonya felt vulnerable, she used anger as a form of self-protection that re-established distance. Once she had that insight, she knew that if she wanted to give the relationship a chance, she had to find a way to feel safe that did not involve antagonizing and hurting her husband.

Experience is a powerful catalyst for change. Experiences, both bad and good, leave an imprint on us, causing us to change how we are with others and with ourselves. Oftentimes, we may have an insight about ourselves and our patterns, but that knowledge alone does not give us the ability to change. We find ourselves continuing to get stuck doing the same thing again and again. By experientially learning new ways of being, we can free ourselves from old patterns of feeling and belief.

In psychotherapy, we work with experience in two ways. First, we use experience to flesh out the patterns. As with the party example up above, we use our imagination to experience, in a careful and deliberate way, all the feelings and thoughts that might arise from a particular situation. Practicing mindfulness, we notice the physical sensations in our body as they arise, as well as how we are interpreting the situation, which gives us insights into what it is really going on. Observing ourselves in this way helps us understand our underlying pattern.

An example: one of my clients, Josh, talked in session about a recent visit by his younger sister. He felt extremely challenged by her visit, frequently feeling upset with her and what he described as her selfish behavior. I told him I understood how someone like his sister could trigger him, or anyone else for that matter.

Then I invited him to explore why she upset him so much. Instead of just continuing the discussion, we did an experiment. I prefaced it by telling him I was going to try something and invited him to just be aware of what he experienced. Then I leaned towards him and reached out with my hand, and in a demanding voice said, “I want this! Give this to me!”

Josh felt himself immediately pushing away. His body leaned back and his hands came forward to stop me. We tried the experiment again, slowing it down, and again I invited him to notice how his body was reacting, and to track his thoughts and feelings at the same time.

Josh realized that it felt like a violation of his boundaries. He felt that I was entering his space through my demand and he did not feel empowered to say no. He felt guilty about this part of him that wanted to say, “No, get away from me.” He identified an underlying belief that he owes his sister something and feels responsible for her. He also recognized this as a pattern that he has with a lot of people. He wants things to be peaceful and easy, which makes it very difficult to say “no”. When someone is very demanding, like his sister, he feels angry because his space has been violated but he doesn’t have the wherewithal to protect it.

Once Josh experienced this in his body and witnessed the whole pattern, he was then ready to work on shifting that pattern. I taught Josh a few techniques of relaxing the body and connecting with his strength, and then we tried it again. I asked him for something and then invited him to say “no” while feeling his strength and his boundaries. We practiced many times, and the more he practiced, the more comfortable he felt setting his boundaries with me and eventually with others.

Tools are simply the resources we use to help us achieve our goals. With the right tools, we can work on changing our patterns rather than getting caught in them. There are many types of tools – cognitive tools, relationship tools, tools using our body and breath. It is very important that once we gain insight into our patterns and how we want to change them, that we use tools tailored to our experience to support that change.

I once worked with a couple enmeshed in a great deal of conflict. The woman had a difficult past which caused her to get triggered and angry very quickly. She knew that it was not the right way to respond to her current situation, but her nervous system, shaped by the experience of being raised in a volatile family, just took over.

As we worked together, I taught her to use her breath to regulate her emotions. When we watched her breathe, we noticed that she was breathing mostly in her upper chest, which only magnified the feelings she was already having. In session, I coached her in “belly breathing.” She put her hand on her belly and began breathing into that area, which almost immediately helped her feel more calm. She realized that this different type of breathing could be a tool for her when she felt herself getting upset. She committed to both practicing this at home and in the session and by doing so, she could track when she was getting more activated and emotional, and she could also calm herself so that she was capable of expressing herself in a way that was more constructive and less volatile.

To summarize, gaining insight into our patterns, learning through experience how to free ourselves from those patterns, and using the right tools to guide us through new experiences is how change happens in psychotherapy. Through change, we grow towards a more whole and authentic way of being.

Gal Szekely, MFT
Founder of The Couples Center, Gal has a warm and practical approach that recognizes and honors the best in every person. Gal’s relationship with his wife is the source of inspiration for his commitment to helping couples create thriving relationships. Going through their relationship struggles made him realize how a committed relationship is the most important vehicle for one’s personal growth. Gal has a lifelong dedication to learning and growth and is trained in many different.
Gal Szekely2022-06-10T09:10:22+00:00April 16, 2013|awareness and personal growth, couple counseling, successful relationships| 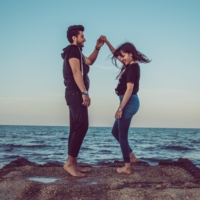 Hundreds of relationship tests are available online. Get accurate results by learning how to seek...
READ MORE 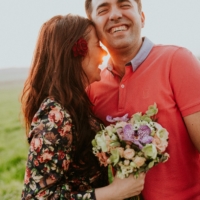 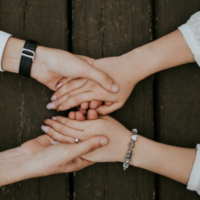 The Gottman Method is a type of couples therapy with proven results. Find out what...
READ MORE
Page load link
Go to Top