What is Discernment Counseling?

Overview & Techniques When do you need it? How it'd different? Benefits & Success Rate

What is Discernment Counseling?

Are you at the breaking point in your relationship? If you’re grappling with the idea of divorce or a breakup, discernment counseling may be right for you and your partner.

Discernment counseling is designed specifically for couples who are considering a divorce or a breakup. This type of counseling helps couples decide whether they should separate or continue to stay together. It’s built for a situation where one person is seriously considering ending the relationship. This person is referred to as the one “leaning out”. The other person who wants to work on the issues of the relationship is the one “leaning in”.

With discernment counseling, there are four core questions the therapist typically asks in the first session:

The therapist will meet with the couple together as well as individually.

Discernment counseling is not forced, so after the initial session, each partner decides if they want to continue.

There are 3 possible routes that the couple could decide on.

When a couple chooses this option, both people are committing to putting in a lot of effort. This typically looks like the following:

This is not a commitment to stay together forever, but rather a decision to take 6-months (or a different amount of time) to make changes that could potentially restore the relationship.

It is not the therapist’s job to tell you which path to take, only you can know which is the right decision for you. The therapist assists you in arriving at that decision together with your partner.

When Do You Need Discernment Counseling

It’s for any couple in a serious, long-term relationship. It’s for those who’ve been married for years, engaged but unsure of moving forward, unmarried with children, or dating for a while. The length or status of the relationship doesn’t exclude you from the benefits.

How Discernment Counseling is Different from Couples Therapy:

Previously, couples therapy was used when one of the two people was interested in leaving the relationship. However, in this situation couples therapy is largely unsuccessful. This is because the one considering leaving is not willing to put in the effort required in therapy. With discernment counseling, the couple may agree on the number of sessions beforehand This can help the one leaning out because they’re more willing to accept a short, specified amount of time. And they can choose to stop the counseling at any time.

Discernment counseling is not considered treatment but can be viewed as an assessment process that gives the couple direction. With couples therapy, the goal is to try and save the relationship, but that is not the focus of discernment counseling. Instead, it’s to come to a mutual decision that both people feel at peace with.

There are several benefits to participating in discernment counseling:

With individual therapy, the therapist is only hearing one side of the story. But in discernment counseling, the relationship is present in the room. This helps reduce unintentional bias.

Helps prevent you from repeating the same mistakes

There’s a reason why 2nd and 3rd marriages have a higher divorce rate. People will continue to repeat the same patterns unless they know what the pattern is and are willing to break that. This is helpful for your current relationship, or (if calling it quits) any future ones.

Assists you in making the best decision

Helps you build the path forward

Whether it’s with your partner or on your own, discernment counseling can give you the tools to construct your future.

About the Author: Shweta Chugh 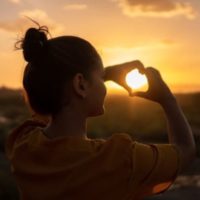 I often wonder what ideas and thoughts come to mind when someone hears the words...
READ MORE
Page load link
Go to Top