Jason & I are engaged and wanted to do some pre-marital couples work to make sure we are on happy and fulfilled footing prior to the big day. Since neither of us are religious, I wanted to find something nice and science based that was secular. I found the Couples Center on yelp and thought it sounded promising – and signed us up to do a pre-marital workshop over a weekend in Tiburon! We live in San Francisco, so we just got a zip car and headed over each day.

This workshop was SO GOOD. I cannot even describe it. It is set up as a series of small lectures, followed by exercises with your partner. As a person who works in tech, I have been to my fair share of workshops, and this is the only one I’ve ever been to where the time just flies by and I felt like I was constantly learning and growing.

Jason & I both had a great time both days of the workshop. I would highly recommend it to literally anyone who wants to take some time to work on their relationship and reconnect and better understand healthy and productive ways to communicate and be happier as a couple. There was a wide range of couples at the workshop, and there was a mix of people who planned to do the pre-marital workshop (which was its own planning session the second afternoon), or to do the long term couples workshop breakout instead. As a result of going to this, I feel like I understand myself better, what I am looking for out of a fulfilling relationship better, and also I understand Jason, his motivations and what he’s looking for to have his needs met, a whole lot better too. I think we both learned a lot and are super happy we went!

As someone who is nervous about taking random workshops I learned about on the internet, I would tell you that you will have a great time; there is no weird religious or spiritual stuff that will make you uncomfortable; the workshops are science and study based and focused on a better practical understanding of how to have a great relationship.

Obviously, if your relationship is in crisis, you should go directly to a counselor for 1 on 1 work. But if you are looking to improve a happy situation, or a situation that’s pretty great but could use a tuneup, sign up for a workshop!

My fiancé and I had pre-marital counseling on our wedding list as a “nice-to-have”. Having completed their ‘Love made simple’ weekend workshop, I think it’s an absolute *must* for all couples as they grow in their relationship.

Attending the workshop helped me understand my partner’s needs, but also helped me uncover my own needs (I thought I knew myself really well). Their exercises help each partner re-examine themselves, their expectations and the sources of those expectations. They also help navigate what to do with each new discovery.

The most important factor is that each participant comes in with an open, trusting and loving heart. I recommend working with Gal and Liron at each major milestone in a relationship – Marriage/Long term commitment, raising children etc.

Josh & I attended Gal and Liron’s couples workshop in Tiburon and are so thankful we did. We have always felt like we have good communication and a healthy relationship, but because we know that marriage (and life) can throw a lot of unexpected hardships our way, we wanted to be as prepared as possible to have a long and healthy marriage, and decided to do the premarital couples workshop. It definitely goes to show that everyone should be humble enough to admit that there is always more to learn, because we were pleasantly surprised with how much new information we got from working with Gal, Liron, and the other counselors.

Going into it I thought that best case scenario we would both walk away with some aspects of our personality to work on. I was so so surprised by the content of the workshop, and how much it focused on communication and argument cycles rather than being an attack on anyone’s personality or relationship. I feel like we walked away knowing each other so much better and having a way deeper connection, even though we have been together for five and a half years. I’d recommend this to every long term couple I know.

My partner and I attended the Love Made Simple workshop this past weekend. The workshop was well structured and delivered — and packed with useful material and insights on conflict resolution, life goals and values, financial and familial vision and priorities, and much more. Gal and Liron partnered in delivering alternating sessions and exercises, and I think their styles were very complementary, and a good mix between having an analytical understanding of how successful relationships work, and working on getting in touch with our somatic responses and how they relate to our underlying needs. This definitely works for couples in all relationship stages, would highly recommend to anyone who wants consciously create/maintain a successful relationship.

My fiancé and I attended the “Love Made Simple” weekend workshop in Marin and couldn’t recommend it more highly. We wanted to carve out some space for couples counseling before our wedding and realized it worked better for our schedule to do a retreat over the weekend vs. counseling sessions over several weeks. What we liked about it: A mix of art and science – Gal and Liron bring a good balance of theory on psychology + intuitive reflection. They bring a lot of their personal experiences into the conversation, and I found that really engaging and applicable. Get to know yourself – even though this was a couples workshop, a lot of the focus is on better understanding yourself and your underlying needs, communication and conflict patterns, need for connection vs autonomy, relationship with money, etc… Framework for effective communication – they provide you a common language so you can resolve any argument within 5 mins. Diversity of attendees – there was a great mix of couples, some pre-marital, some who have been married for decades This was an incredible investment for us, and we only wish we took it earlier in our relationship. I’ve also applied a lot of my learnings to my other relationships at work, etc.

About Our Reviews and Love Made Simple 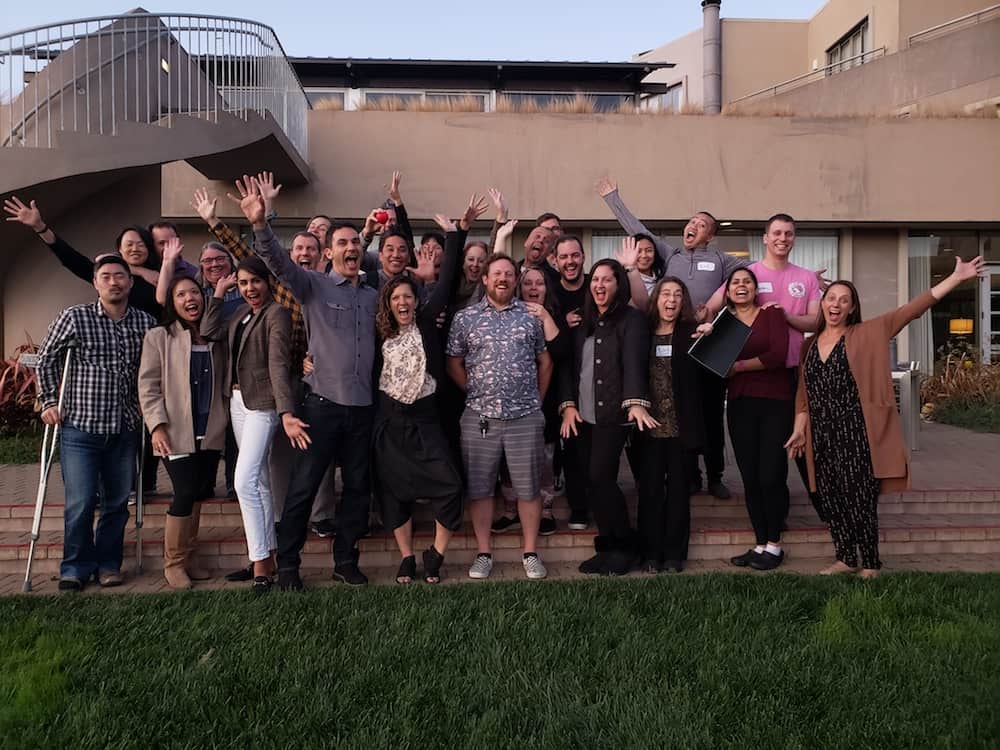 All of our reviews come from real Love Made Simple participants. You can read more reviews on Facebook, Yelp, and Google.